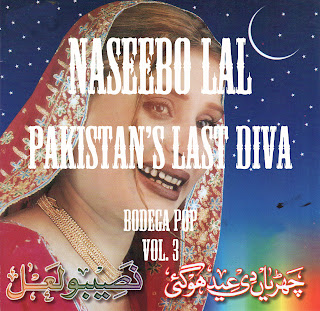 [Look, kids! some label has been SELLING this comp, song-for-song--though in scrambled order--on Amazon and via iTunes! Not that I care that much, but it kind of gives lie to the claim that if one buys from "official" sources that means the artists are getting paid. I mean, this label -- Alchemy -- just took the comp I've been offering here for free since 2010 and slapped an $8.99/$11.99 price tag on it and Amazon & iTunes clearly aren't checking to see if they're the copyright holders.]

Okay, let's get down to business. For whatever reason, this compilation, which originally included only the studio songs & which I first posted in April 2010, has consistently been one of the most popular DLs from this site, right up there with Motrat Mustafa and Punk Islam (both of which I also need to reup). I've dreaded schlepping this thing back up online because (a) I no longer had the mix itself in my iTunes (tho the iTunes Store now has it! *cough*) and (b) the separate songs were spread out over the 40-50 Naseebo Lal CDs I own. 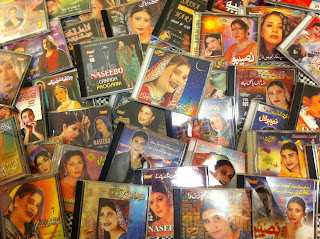 What do you mean, "too many" Naseebo Lal CDs?

But, being as how so many people are apparently seeking her music out, and because I really hate the idea that people might possibly shell out money to iTunes or Amazon, money that ain't ever going to be moseying its way over to Naseebo herself, it's not like I have a choice.


A track from the live album

While I had been bodega-diving long before I discovered Naseebo, it was her incredibly soulful voice that turned me into the incurable obsessive that I ultimately became. More specifically, it was one song in particular that I happened to hear on a VHS of "Pakistani Dancing Girls" that I picked up on Coney Island Avenue in Brooklyn one afternoon for like a buck. The VHS practically had to swim to life through layers of dubs -- this was a copy of a copy of a copy. It didn't survive more than a year or so.

But the first song -- I remember the first time the first song on the tape sprung to life very, very well. A thin Pakistani woman (not Naseebo Lal) came out on a cheap-looking stage, flipping her long, black hair around, lip-syncing "Mahi, mahi! Mahi, mahi!" while an insanely cool bass guitar riff chunddered* beneath. (*Yes, I realize that's a made up word. I, in fact, am the person who made it up.)

Mahi-mahi! It was like she was singing about this especially delicious ocean fish, though I later discovered that the word meant something more on the order of "soul." Or, wait, no: World.

I can't remember. What I do remember is that I went back to the store and tried to describe the song to the clerks, to see (a) who the singer was and (b) if they had it on CD. As hard as I tried, I couldn't sing "Mahi, mahi!" well enough for them to figure out what the song might be. They were pretty sure, however, that it was Naseebo Lal.

I wound up bringing the VHS back to the store with me on another visit, begging the clerks to play it so we could identify the song. They did. "Mahi Mahi" was what I remember them telling me. It's a song that I literally searched for, buying every Naseebo Lal CD with the word "Mahi" in one of the song's titles, and then everything else I could find by her just in case, for the next decade. I never found it.

Naseebo Lal was born poor and made her early living singing in weddings. In 2000, when Lollywood superstar Noor Jehan passed away, Naseebo was given shot at filling her shoes, a job she's fulfilled now for more than a decade.

Here's an excerpt from what I wrote when I first posted this comp (under the title "Best of Naseebo Lal") here in 2010:

Late one night coming back from a night out in Manhattan to Kensington, Brooklyn, I remember getting into a long, drawn-out conversation with the cab driver about music as we barreled along down the western and southwestern edges of Prospect Park. Somehow, probably because the driver was Pakistani, the subject of Naseebo Lal--one of my favorite living singers--came up.

He hated Naseebo Lal. Of all the music to come out of Pakistan, why would anyone bother with this filthy shit, he wanted to know, before spitting out the window. Naseebo Lal was vulgar. She was simply aping everything Reshma had ever done, but lamely, vulgarly. She was probably a drug user. There seemed to be one topic, and one topic alone, that she ever sang about: S-E-X. Was I aware of her drug abuse problem?

Mind you, the entire time he was "explaining" all of this to me, he nearly had to shout over John Cougar Mellencamp's "Jack & Diane," which--again, mind you--was not coming out of the radio, but from the tape deck. (E.g., he had chosen to pay for the "privilege" of listening to it.)
Posted by Gary at Tuesday, December 09, 2014

Great post. Curious about the bit in that first, “vulgar” link that says “Naseebo Lal appeared in court and said she was forced to sing vulgar songs.” Her court accuser went on to cite “connivance with some other criminal elements.” There’s a long relationship between pop music and “criminal connivance,” from early jazz to rembetika to corridos to Sinatra at the Sands. Could your cab driver (and Lal herself) be right? The songs are vulgar because Pakistan’s version of the mob/yakuza/mafia/bratva want them that way? Her wide popularity wouldn’t be proof against it: look at Bollywood, which is pretty openly mob-funded and still finds millions of eyes.

This makes me wonder, in any of the world musics on offer here, what role “criminal connivance” plays and, behind that, what kind of controversies pop music generates in these various regions. I remember reading somewhere that many in Nashville were horrified by the Grand Ol Opry, since it promoted a bumpkin image they wanted to forget. And remember Ray Charles, criticized the time for taking black sacred music public? Elvis, etc. What toes I wonder do these musics step on in their home turfs? The Najwa Karam post was great for this.

Hi Gary,
I am kinda new here and am discovering some wonderful music I didn't hear before, absolutely great.
Thank you very much..
oh, btw, finally linked your page ..

Welcome, Moos -- and thanks linking from your insanely great blog!

Strange, because I have so much stuff from Pakistan and Bangladesh, but when I first heard this artist, when i first discovered Bodega Pop, she didn't resonate. But something happened, I'm not sure what, and now I'm just blown away by her. Thank you so much, especially for this extra live concert. I try to envision her singing dirty, like the pissed off Pakistani guy was talking about, but it's impossible. Really great. I so much appreciate all this stuff.

Strange, because I have so much stuff from Pakistan and Bangladesh, but when I first heard this artist, when i first discovered Bodega Pop, she didn't resonate. But something happened, I'm not sure what, and now I'm just blown away by her. Thank you so much, especially for this extra live concert. I try to envision her singing dirty, like the pissed off Pakistani guy was talking about, but it's impossible. Really great. I so much appreciate all this stuff.

Some shady stuff being sold by funny labels, but even a so called official digital distributor like "Saavn" is I'm pretty sure selling web uploads. I recognize some cassette and vinyl encodes there. I feel your frustration more than you know. Highly disappointing especially when you think, hey now I can buy the official soundtrack from the label...they finally released something that was previously almost impossible to find on cassette/cd/vinyl, oh joy! And then you realize as you preview the album that it's the same thing someone generously encoded and shared for free on the web before BECAUSE the music companies were not distributing. Finally got around to listening to the April '10 comp today, came looking for your post and found this updated one instead. Anyways cheers. First time Naseebo explorer... :)