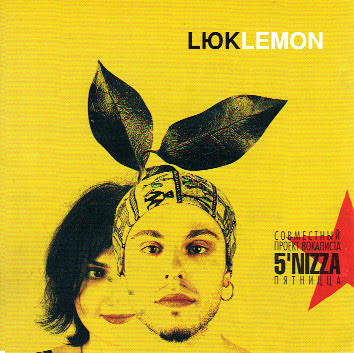 Listen to tune from this CD

Over the years I've developed a fairly good spidey-sense when it comes to plucking fab CDs from bodega stacks. Except for Russian pop. I have found almost nothing I would consider really worth saving in any of the Brighton Beach stores ... except for this rather spectacular CD of pop-electronica, which I found several years ago.

I know little about the group other than that, less than two months after the performance captured on the video below, they disbanded. They've got at least a couple other CDs out there, which I'll keep my eyes open for. If, that is, I ever make it back to Brighton Beach ...

Rebecca Pan | My Dream My Way My Indie Music 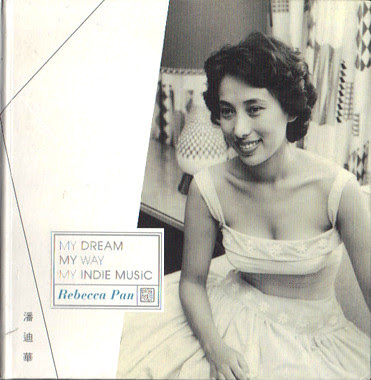 My Little Airport singing "I Wonder Why"

Like all tribute albums, this one is decidedly uneven. But the great stuff is pretty incredible.

Nearly a dozen independent Hong Kong bands cover songs originally recorded by Rebecca Pan aka Pan Wan Ching--Rebecca Pan sings on a couple of tracks as well. Pan, who was born in Shanghai, became a superstar in Hong Kong in the 50s and 60s, singing a variety of pop music in Chinese, English, French, Italian, Spanish, Thai, and more.

This CD, which I found in a store on the corner of Canal and Bowery, was my gateway to the world of indy Hong Kong music; after hearing it I searched everywhere for CDs by Ketchup, My Little Airport and, especially, The Pancakes--all of which I found at P-Tunes & Video, the store on Chrystie featured in the header image at the top of this blog.

The CD comes with an 88-page booklet, which includes lyrics, a narrative about the project, old clippings of Rebecca Pan and photos of the artists on the CD, including Pan, in the recording studio and hanging out together. Surprisingly, a number of the artists claimed to have never heard of Pan before the project--especially since they're essentially carrying on a tradition she was a huge figure in--that of Hong Kong artists covering or at least being inspired by pop music from around the world. 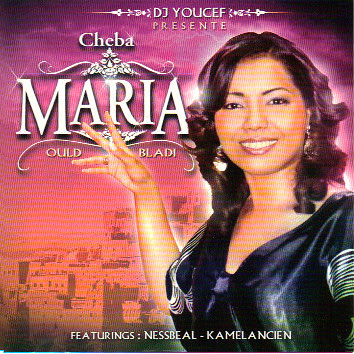 Found at Princess Music in Bay Ridge on what was likely one of the last days they were open. A totally great find.

Cheba Maria was born and raised in Casablanca and moved to France in 1998, where she's now apparently a fairly big rai star. Rai is the ultimate hybrid pop, incorporating anything and everything into its wake. Well, okay, not everything. But, still.

Get the mix CD, including 38 rockin' tracks, here.

While hanging out with friends in Brooklyn last weekend, someone began to mourn the demise of rock. I countered that rock wasn't dead; it just moved east. I promised to make my friend a mix CD of some of the best rock and hip hop recorded in Japan, Korea, China, Taiwan, Hong Kong, Vietnam, Thailand, Cambodia, etc., with a few tracks recorded in the U.S. thrown in for good measure. This is that CD.

Get the whole CD here.

Apparently, in March, the great Kurdish Turkish singer/actor Ibrahim Tatlises was shot in the head. He is reportedly recovering and may lose the use of one half of his body.

Randomly discovering Tatlises' Haydi Söyle in the 90s completely changed my life; this blog, among other things, is very much a direct result of that. Here, in fact, is the first posting to BodegaPop, sometime last year (before I learned how to zip whole CDs for downloading):

In the mid 1990s I was living on Grand Avenue near the corner of Snelling Avenue in St. Paul, Minn. My (now ex-) wife, Marta, and I had moved there from San Francisco in 1991 following a near-death experience on the 2 or 3 train while on our honeymoon in New York City. We were in our late 20s.

That move had been the worst mistake either I or Marta had ever made. We were both California born and raised, we loved the Bay Area, we knew nothing of the American Midwest, had no particular interest in it, but moved rather abruptly when our post-traumatic stress symptoms refused to subside six months after our Brooklyn subway fire experience. We convinced ourselves that moving to a boring, medium-sized city in the middle of nowhere would be the late 20th century American equivalent to taking a European spa after having been diagnosed with tuberculosis.

Other than a handful of truly life-saving friends, I hated the Twin Cities. But I somehow convinced myself that I was there for the long haul, and immersed myself in the local culture--at least that portion of which I could stomach. Basically, the music scene. The Replacements had broken up by then and the bands that followed in their wake--Babes in Toyland, The Gear Daddies, Trip Shakespeare, The Tropicals--weren't great, but sufficed, at least so long as I kept my horizons limited to a radius of 50 miles, give or take, either side of the Mississippi.

One day in the late summer or early fall of 1994 I made a trip I often made, the 15-20 minute walk from my apartment on Grand Avenue around the corner and down Snelling to Cheapo Records and Tapes (now Cheapo Discs). I loved Cheapo. It was, at least at the time, cheap. You could get pretty much any used cassette tape you wanted (I hadn't yet made the switch to CDs) for a couple of bucks. And Cheapo tended to have close to everything.

On this particular day, for whatever reason, I couldn't find a single tape I wanted or didn't already have. Nothing spoke to me. Until--eh, what?--my eyes rested on the cover of a very light blue cassette sporting the image of a middle eastern-looking guy with a big black mustache smiling confidently into the camera. "Ibrahim Tatlises" read the semi-florid script in reverse-out white over his head. I had no idea what language the title ("Haydi Söyle") was in. The red price tag read "$1." Fuck it, I thought. I pulled it from the shelf and walked over to the register.

At home, I popped the cassette into my ghetto blaster, hit PLAY and pretty much resolved to (a) never, ever, EVER again settle for lame American pop music and (b) to move out of the Twin Cities at the earliest possible convenience (another three years, as it turned out, for New York).

Postscript
Ibrahim Tatlises, though I didn't know it then, is a Kurdish/Turkish superstar. A film actor and arabesque singer, his down-and-out roots (his family was homeless when he was born in 1952) are part of the semiotics of his mystique.

After a few years of living in Brooklyn I discovered Uludag Video (1922 Avenue W, Brooklyn), where I picked up numerous CDs by Tatlises, including Haydi Söyle, so I could finally listen to it in my iPod. Alas, the last time I stopped in, late last fall, I was informed that they can no longer afford to carry CDs and are concentrating now solely on pirated DVDs of Turkish films.
Posted by Gary at Friday, May 13, 2011 No comments:

Listen to a sample from the CD

Someone once described Portuguese as the ultimate WTF language: It sounds, especially to anyone familiar with romance languages, both hauntingly familiar and totally not like anything else on the planet.

That's kind of true of the music of Brazil. Let's face it, as a nation-state or whatever, Brazil kicks extreme pop music ass. I still love it, even after suffering through Caetano Veloso's insanely pompous and self-congratulatory autobiography, which, if you've read it, you know is saying a lot.

Carlinhos Brown has, as it turns out, played with Veloso. And made something of a name for himself, though I think more as a producer than an artist in his own right. I found this fabulous CD a month or two ago on Steinway Street in Queens at a little Brazilian bodega--the only Brazilian bodega, in fact, I've ever found in NYC. 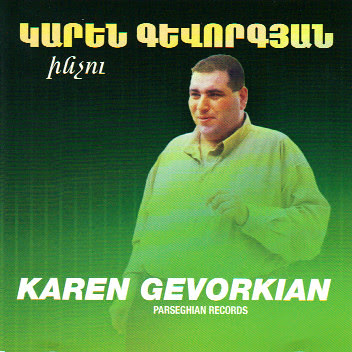 Listen to a sample from this CD

I wonder if "it sounds sort of like Arabic pop" might not be the "tastes like chicken" of international popular music. That said, there's more to this CD than twisty Casio-inflected maqams and husky, soulful-sincere crooning. I love how one minute, it feels like you're seemingly picking up Lebanon, the next it's Algeria, the next it's The Country Whose Name Shall Not Be Mentioned in This Post. Oh, and disco.

Found in the stacks of what I believe is the largest Russian music, movie and book emporium in the New York City area, St. Petersburg on Brighton Beach Avenue in Brooklyn. I love the clerks at that place. They're all young Russian girls, blond (real or bottled), and extremely bitchy, almost as though this might be an S&M supply warehouse.

When I brought this up to the counter, the young woman who rang it up said something to me in Russian, and when I said, in English, "Oh, um ..." she hissed through her teeth, chucked the CD into a yellow plastic bag, and dropped it on the counter before staring just inches above my head and saying, almost robotically, "Ten Dohlahrz."

I happily fished the appropiate bill from my wallet as she slowly seethed behind the counter, making each second seem like hours.

She rolled her eyes, snapping the bill from my fingers.

"Who eez nezhxt?" she asked ... though, as I turned and walked out of the store, there was no one waiting in line behind me.

Do you like music videos with women in gold dresses and rather large men with soulful singing voices? Check this out: