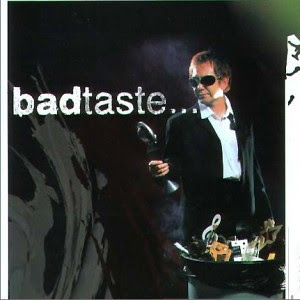 Listen to the first track

God, I love this CD. I bought it, for a dollar, in the bin outside the DVD/CD/VCD store at the corner of Bowery and Canal, one of the few of my favorite foreign-media haunts in NYC that is still in business. I bought it, to be totally honest, because I loved the title. I had no idea who the singer was, although he did look oddly familiar ...

It turns out the singer has long been one of my absolute favorite Hong Kong cinema actors. There is no equivalent for this sort of thing in U.S. culture. It's not like Harvey Keitel cut a CD and it happened not to suck. Or, as might be the case here, it sucked in ways previously unimaginable, and sucked so hard and so relentlessly, that it was actually, finally, totally great. (Did I mention how much I love this CD?) Because most Hong Kong actors, from the late Anita Mui to the insanely popular Andy Lau, have singing careers that are every bit as robust as their acting careers. It's just that most of them don't sound in any way, shape or form like this.

Many, possibly even all, of the songs are covers. Wong covers Bob Dylan's "Blowin' in the Wind" (a super Xtreme crazy fucked up backwards alphabet poetry magnet gay & lesbian Islam double fupa rainbow high point), Nirvana's "All Apologies" and whatever the hell the song is that I don't know the name of in the sample song above. (Someone please let me know. I've been dying to know ... for years, now.) But these are not mere covers. These are Xtreme emu-on-sheep action covers. "Don't cry for me ... next door neighbor," the chorus exhorts in the sample song above. Where the hell did that come from? Where did any of this come from? 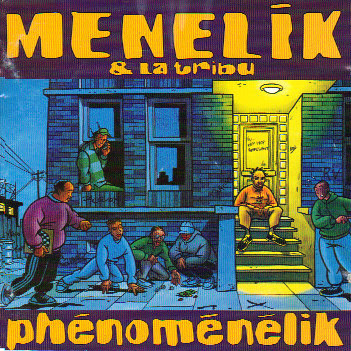 Found at Bastille Day on 61st Street, withdrawn from the French Institute's library. I think I payed $1. Ménélik is a French rapper who was born in Cameroon and who moved to France at the age of 9. This was his first CD, released in 1995 when he was 25 years old. I'm not sure what I'm more surprised by: That I haven't really heard or heard about much Francophone rap or that this is as good as it is. Definitely iPod-worthy!
Posted by Gary at Monday, September 05, 2011 1 comment: