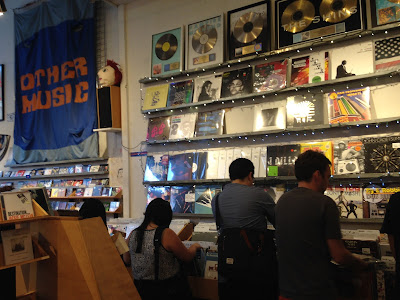 On Wednesday, June 29, from 7-10 PM EDT, Bodega Pop Live on WFMU's Give the Drummer Radio mourns the passing of one of my favorite record stores, ever, OTHER MUSIC, which closed its doors forever on Saturday, June 25.

While I found most of the CDs I've collected over the last 20 years in immigrant-run bodegas and media stores, I often wound up at Other Music to poke about for things I wasn't going to stumble on in an Algerian meat & hookah shop or Burmese video & dry goods store.

American, British, and French music, yes, but mostly dozens of reissues and compilations of music from all over the world -- I knew I could count on Other Music to have the latest Sublime Frequencies, Dust-to-Digital, or Honest Jon's release, and they never disappointed.

What's surprising, in retrospect, is all of the imported stuff I found there; last week, it was a mini-treasure trove of Thai hip-hop CDs imported from Thailand. (I have literally scoured every Thai grocery, electronics store, restaurant, and sweets shop from here to Portland looking for Joey Boy's 2004 EP Sorry I'm Happy, but where and when did I finally find it? Last week, Other Music. Yes! *fist pump*)

I was nowhere near the most adventurous nor the most prolific shopper at Other Music, but what I casually picked up over the last two decades has proven essential, thrilling, inspiring, life-affirming listening -- from the first thing I ever bought there, a then-new Raincoats live recording released on CD in 1998, to Alice Bag's debut album, Alice Bag, which I picked up on its official release date, literally yesterday. (Yes, they were still stocking the shelves with new product the day before they closed.)

If you live, or lived in New York, I don't need to tell you what a great place Other Music was.

Was! God, it hurts to say that. Nothing, likely, will ever replace it. Not here, anyway, or not in Manhattan.

The once mighty Tower Records that occupied the entire block across the street from Other Music is now a Blink Fitness Gym. (I have nothing against gyms; I belong to one. I never go, but I nonetheless proudly belong.) I don't know what Other Music's much smaller space will become in the future -- though my money is on a juice bar. Because God knows when you finish rocking your Blink workout, you are one mother. fucking. parched. bitch. 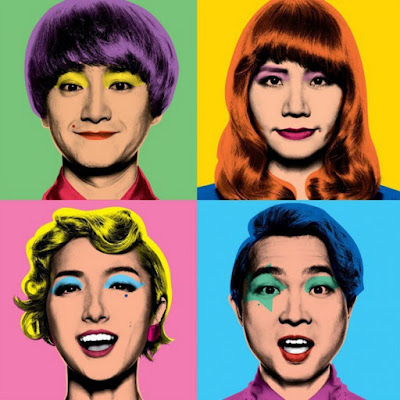 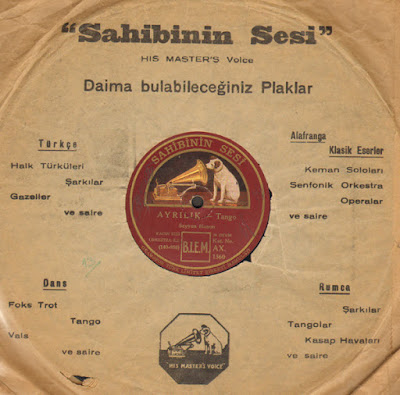 WHO: Bodega Pop Live on WFMU's Give the Drummer Radio

WHY: We're reading Charles King's ridiculously entertaining book on Istanbul between the two World Wars and that seemed like a good enough excuse to play some of our favorite tracks from the dozens of CDs we've collected over the years from Uludag Video in Brooklyn and elsewhere.
Posted by Gary at Sunday, June 12, 2016 No comments: 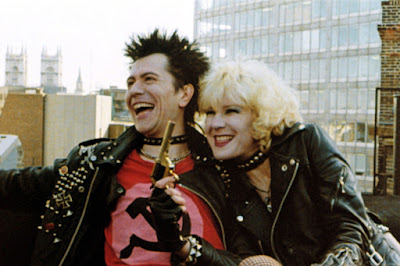 This Wednesday, June 8, from 7-10 PM EDT, Bodega Pop Live on WFMU's Give the Drummer Radio spins our all-time favorite cover version of every track on Never Mind the Bollocks ... Here's the Sex Pistols, in order.

Bookmark the page and see you Wednesday night!
Posted by Gary at Tuesday, June 07, 2016 No comments:

SMASH HITS | BEST OF THE BODEGA 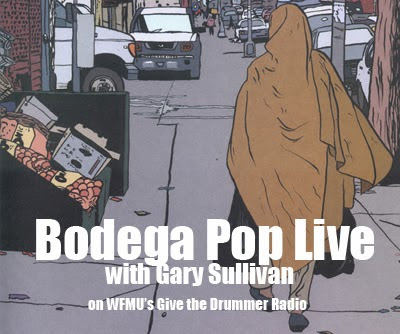 This FRIDAY, June 3, from 9 AM to 3 PM, Bodega Pop Live on WFMU's Give the Drummer Radio fills in for thrillmaster DJs Doug Schulkind and Uncle Michael to bring you 6 solid hours of listener and DJ favorites from our first couple of years on the air.

Bookmark the page and see you Friday morning!