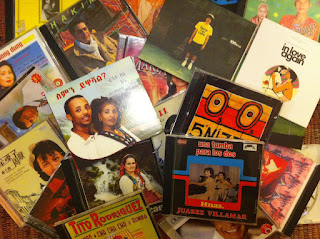 Jamie at learn to labor and to wait asked if I'd put together a special guest mix for his blog; the result is a 28-song trip around the world via bodegas from Queens to Portland, Oregon. If you're new to Bodega Pop, this would make a great starting point. If you're a regular visitor, I reripped each song at 256 variable rate and included at least a couple of tracks that will be brand-new to you. 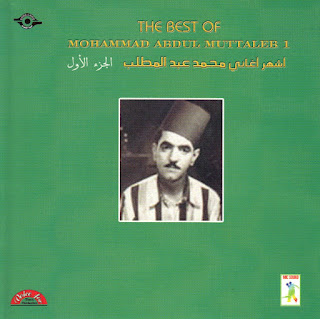 Yet another find at the Nile Deli (2512 Steinway Street, Astoria); I believe I picked these two up back in April.

I think of the shop keep, who is always behind the counter and who may well be the owner, as The Sphinx--which, yes, I realize is a potentially offensive bit of culturalizing, if we can make that a word. Nevertheless, I do think of him this way as, nothing I ever say or ask him ever seems to register. He's unreadable, and I worry sometimes that my combing through his CD racks for no less than an hour ("Can you see!? They are the same CDs that were there last time you were here!") secretly, profoundly irritates him.

No, of course he's never said anything remotely like the quoted bits in parentheses above. He's never said--to me, at least--anything. Not even the day after Warda's death, when I made a special trip to find albums by the late great Algerian panarabist singer. I remember handing a couple of items to him that day, including the one Warda CD I didn't already own, and noting, to my amazement, that he didn't even seem to register to himself who it was--Warda! and she had just died! OMG!--that he was mechanically stuffing into the black plastic bag with my other, equally unremarkable, purchases.

It isn't, mind you, that he's mean. Nor have I ever picked on up any anger, repulsion, hatred, loathing, hostility, enmity nor even minor annoyance vibes. He is, quite simply, the definition of sphinx-like. 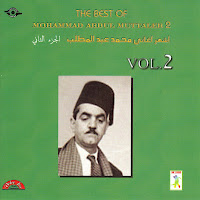 In addition to knowing nothing whatsoever about the Nile Deli's shop keep, I know equally little about Mohammad Abdul Muttaleb, other than that he was an Egyptian singer. I don't even know if he composed his own songs, though I like to imagine so. The fact that I don't know anything about him is a testament not just to my own ignorance--which is as vast and as dry as the Sahara--but to the egregious deficit of 411 in English about expressive culture outside of our own sinking corner of the world.

I do know this, though: on a scale of "no mental or emotional response to stimuli" to "pleasure center overheating and in danger of shutting down," these two volumes are "extremely download worthy."
Posted by Gary at Sunday, August 26, 2012 4 comments: 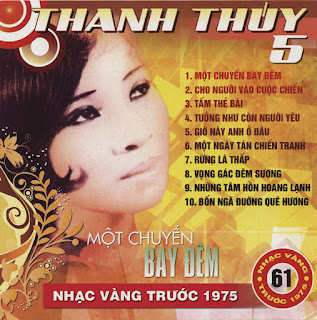 Listen to "Tam The Bai" (and wait for the guitar solo)
Get it all here.
Here's the third album I have by the supremely fabulous Saigon diva Thanh Thúy. The other two are here and here. Obviously, my number one life goal for the immediate future is to find the other two volumes in this series.
When I do? You'll be the first to know.
Posted by Gary at Saturday, August 25, 2012 5 comments: 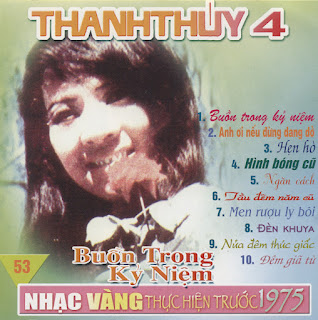 Listen to "Tau Dem Nam Cu"
Listen to "Hinh Bong Cu"
Get it all here.
This is Holy Fucking Shit-level pop, the kind of music you'll take one listen to and wonder who the evil motherfuckers are who have kept you from experiencing it for so long.

Everything I know about Thanh Thúy, along with an earlier recording (with some fabulous guitar work) is in this post. I'll be upping a third recording tomorrow, so stay tuned.
Posted by Gary at Friday, August 24, 2012 3 comments: 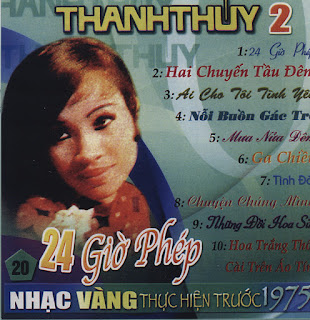 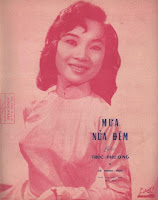 While combing my shelves for something interesting to share with y'all last night I came across three CDs I've somehow not yet posted by the utterly sublime Saigon chanteuse Thanh Thúy. Featuring recordings from before 1975, the Nhac Vang Thuc Hien Truoc 1975 series provides thousands of Vietnamese immigrants with hours of nostalgic memories--and the rest of us with a window onto a now-long-lost world.

Born Nguyễn Thị Thanh Thúy in 1943 in Huế, Vietnam, Thanh Thúy began her singing career in 1959 at the age of 16. The next year her mother died and she took responsibility over her younger sisters while simultaneously becoming a national superstar--she was voted the most popular singer in south Vietnam for three consecutive years in the early 60s.

And, of course, we know what happened in 1975. I have no idea where Thanh Thúy wound up or if she is still singing.

This gem was recommended to me by a woman whose family owns a fairly large Vietnamese media store right on the northern edge of Montreal's Chinatown. While there for a work-related conference several years ago I made a point, each day after the conference events had ended, of walking through Chinatown and stopping in to this place, where each time the same woman greeted me, making suggestions, including this CD. If I remember right, she said Thanh Thúy's voice was smoky and bluesy, and that I would most certainly like it.

As, most certainly, will you.

If you do like it, let me know, and I'll probably post the the other two I have by her.
Posted by Gary at Wednesday, August 22, 2012 8 comments: 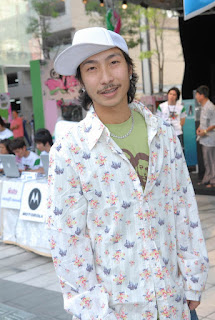 
Listen to "Censor" (best use of bleeps ever?)


Listen to "Books of the Bible"

I discovered my first Joey Boy record a couple of years ago in a Vietnamese media store on Argyle Street right off the red line in Chicago. (Get it here.) As I described it then, it was "quite honestly one of the most bizarrely satisfying purchases of a musical nature I have ever made." That still holds today.

The present mix includes everything I have by one of the more inventive rappers in the world, deduped for your downloading and listening pleasure.
Posted by Gary at Sunday, August 19, 2012 1 comment: 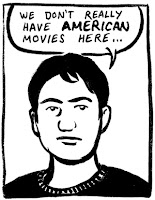 Things people have said to me over the years upon my walking into South Asian video stores.