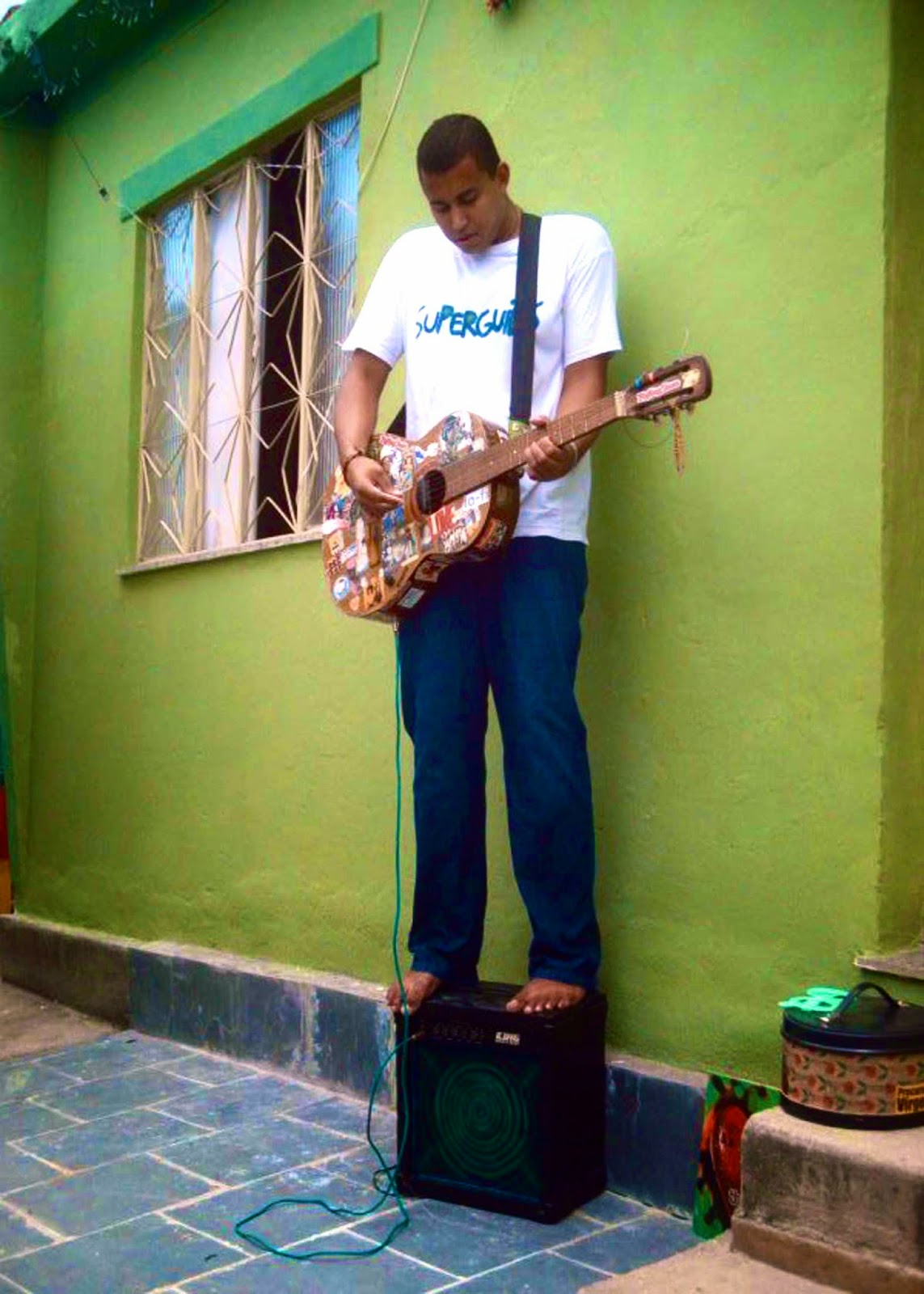 On April 1, Bodega Pop Live on WFMU's Give the Drummer Radio celebrated the focused and foolhardy alike with a three-hour junket through the world of home recordings, cassette-only releases, DIY hip-hop, and all manner of outsider-y, field-y goodness from thriving underground scenes in Barcelona, Spain, and Recife, Brazil, to random acts of rawness from Austin to Zürich.

If someone put a gun to my head and forced me to choose just one Japanese rock band to listen to until my retirement years, my first impulse would be: "Just kill me." For, how could I--how, indeed, could anyone--choose just one? My second impulse, tempered by the desire to continue living, would be to flip a coin: Heads = Seagull Screaming Kiss Her Kiss Her; tails = Guitar Vader.

Formed in 1998 as a male-female duo, Guitar Vader was largely influenced by the Beatles and the Pixies, though they also learned and/or borrowed from every late 20th century act from Guitar Wolf to Beck. Their first album, Die Happy!, was released on cassette and never had a proper CD (or LP) release. (It is, I would argue, the single most perfect example of Japanese pop rock ever recorded.)

In 2000, they added a drummer and a couple of years later added a(n American) keyboardist. They broke up in 2007 when their drummer began to have serious health issues related to his heart; they had been working on a sixth studio album, which was abandoned. So far as I know, none of them seem to have pursued solo musical careers.

I found most of these albums on other, now-defunct sites, wiped out in the Megaupload action. They are, so far as I can tell, all out of print and impossible to find. 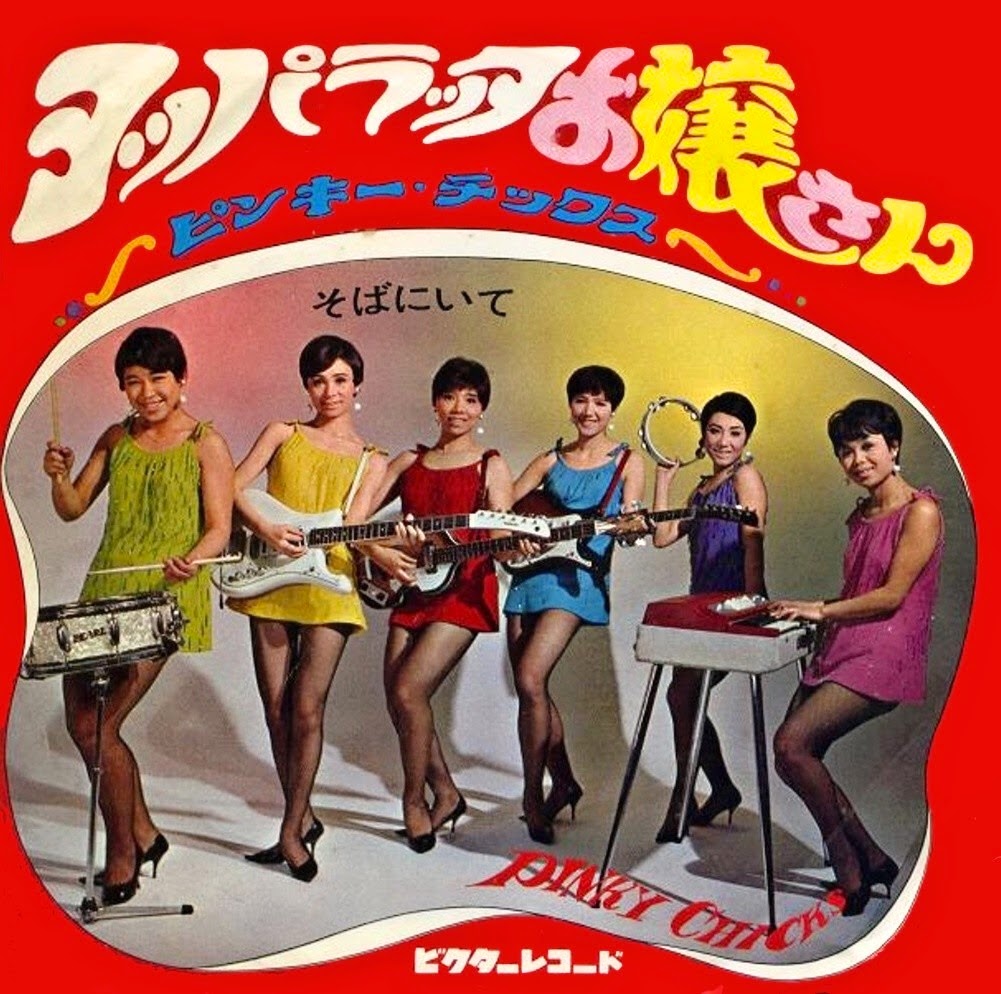 Women have dominated the Japanese pop music landscape for a solid century, providing the archipelago with its most beloved and forward-looking artists, from Matsui Sumako, who recorded the country's first pop song in 1914, pre- and post-war superstars Kouta Katsutaro and Shizuko Kasagi, and iconic legends like Misora Hibari and Maki Asakawa, to contemporary pop innovators Shiina Ringo and Kahimi Karie and ground-breaking alt girl groups like Buffalo Daughter, Ex-Girl, Nisennenmondai and OOIOO.

On Wednesday, March 25, Bodega Pop Live on WFMU's Give the Drummer Radio celebrated this rich X chromosome-centric history with a three-hour, 100-year  journey from early 20th century shellac to today's hottest tracks, including many of your favorite cuts and at least a few jams never before aired on WFMU or GTDR.

Listen to the show now in the archives
Posted by Gary at Wednesday, March 25, 2015 No comments: 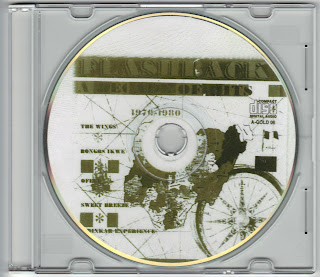 [Originally posted in June 2012.] It's true: You can't judge a CD by the lack of a cover. This is one of the greatest things I've ever found; although, truth be told, it was handed to me with a very, very strong recommendation.

So, I returned this weekend to Blessing Udeagu in Corona, Queens. The younger woman who was working there last time wasn't there; instead, there were two women, older than the first, hunkered down over a computer where they were gossiping about a mutual friend or acquaintance: "How can she put all of her life like that on Facebook?"

When they saw me come in, one of the women asked me: "Have you been here before?" I said that I had, last weekend, in fact. "Did you buy music?" I nodded my head. "Did you like it?" Very much so, I let her know in uncertain terms. "My daughter told me about you!" she explained.

After establishing that, indeed, I was the guy who was there last weekend, the shop keep rose from the computer and came over to where I was standing by the CD rack and began pulling things off the shelf. "You need this one," she said, handing me the sleeveless CD you see above. I asked what it was. "Nigerian pop," she explained, "from the 70s." My heart began to race as she took the CD to the computer and popped it in. I nearly collapsed when I heard the first song.

"Uh, this is great--I definitely need this!" I blurted out. She smiled and popped the CD back out of the computer.

I'm not sure how to classify this music--it doesn't sound like highlife--other than, simply, "pop." It's incredible. For those who know something about Nigerian pop, I've provided a track list below.

Listen to Bodega Pop Live's XTREME MARATHON PART II show, now in the archives! Even though the show is over, you can still make a pledge to keep the greatest radio station on the air through 2015.

Listen to the show now!

Hey Kids, look: It's the 2015 WFMU fundraising Marathon! This year, WFMU will raise $1.2 million to keep the music flowing on one of the last great free-form radio stations in the country.

Listening to the show in the archives? 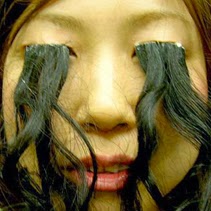 Listen to the show now in the archives!
Posted by Gary at Tuesday, March 10, 2015 No comments:

LONGING FOR THE PAST 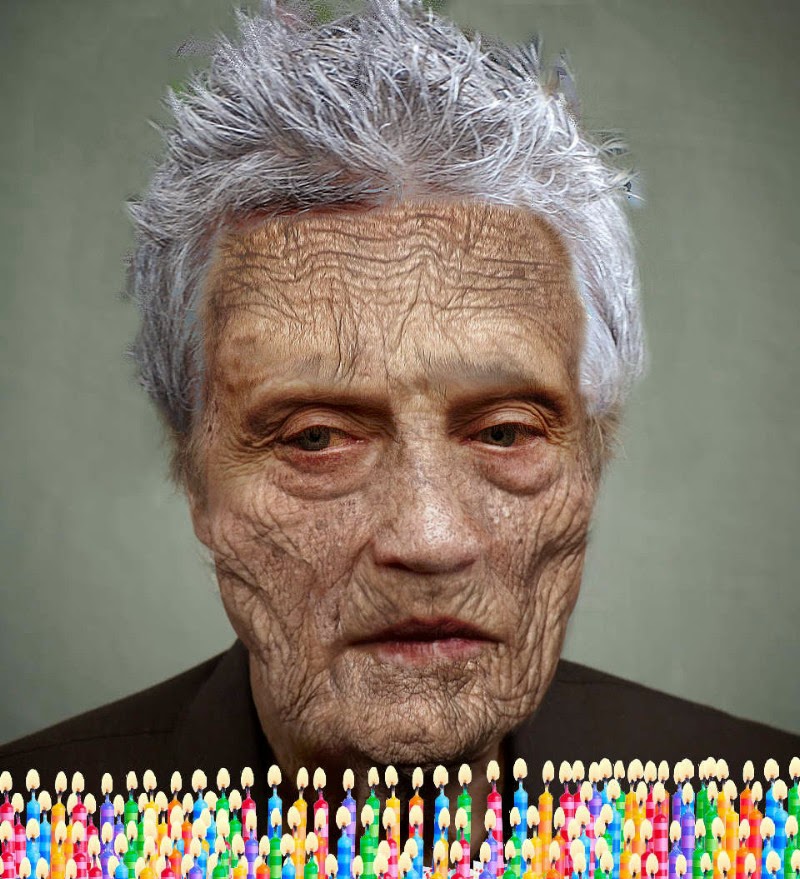 If you missed it, you can listen now in the archives, HERE
Posted by Gary at Tuesday, March 03, 2015 No comments: