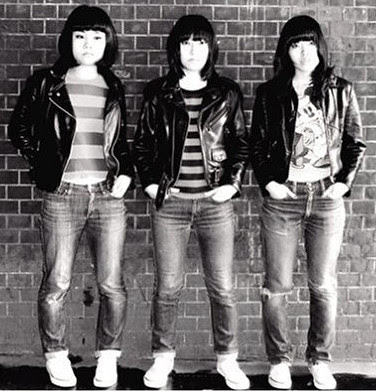 Listen to a mind-blowing remix of James Brown's "Super Bad"


Listen to a fabulous breakcore track


And if those two don't convince you, this will

I was a huge fan of Simon Reynolds' Rip It Up And Start Again, a terrific critical and social history of British and American 80s post-punk. So when Retromania was published, I descended on a copy like the admitted culture vulture that I am.

It's a brilliant book. I think anyone interested in pop music, or more generally, in pop culture, should read it. But I didn't agree with all of it. And I definitely wasn't sympathetic to the book's almost non-existent coverage of non-Western pop. If you've read the book yourself, you can probably guess what chapter raised most of my hackles. That's right, Chapter 5: Turning Japanese: The Empire of Retro and the Hipster International. The one chapter that even acknowledges that other cultures produce pop--in this case, Japanese Shibuya-kei artists.

I'm hardly an expert on Japanese pop music. I've been there twice for very limited visits. I do have, however, a rather fabulous collection of CDs and MP3s of Japanese alt pop that, if nothing else, proves that this music is about something more than mere "consumer affluence." Also, it isn't particularly "Japanese" to mimic others in the creation of one's "own" pop culture. This is something the entire First World is adept at/reliant upon, especially the British, and especially 60s British pop artists.

I'm not going to launch a critique of the book--which you can (and should) read for yourself. Instead, I've put together a sonic riposte that, whether or not you've read Reynold's book, I'm pretty sure you'll love.
Posted by Gary at Tuesday, October 18, 2011

Oh, I'm going to have fun wading through this....thank you!

This is what compilations should be like; tracks not united by genre but by sheer awesomness. Thanks

Gill, that was awesome; thanks!