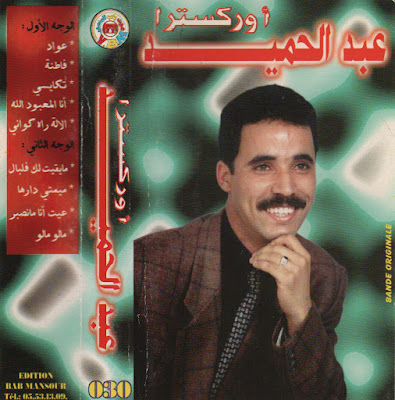 I've had this Moroccan cassette for years, something I picked up on Steinway Street's Nassem Halal Meat and Mediterranean Grocery long before the owner sold the store. This is an enjoyable ride, with bursts of punchy strings and organ fills -- are they real strings and organ or synth? -- over a driving, complex but steady, rocking beat. Terrific, subtly emotive vocals, with call-and-response chorus. 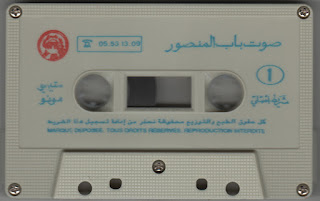 I've made a first attempt at a track list, but I don't entirely trust my transliteration skills. Worth noting that most of the songs bleed into each other, thus tracks 2 and 3 on Side One are really two songs, and Side Two is a continuous track consisting of four songs. 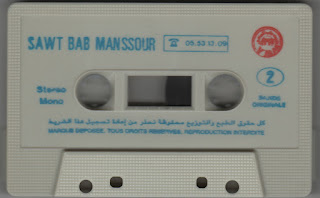 Link to FLAC files in the comments. If you're still downloading things from here, it would nice to hear from you. Leave a message, say hello.

Fantastic music... Thank you so much.