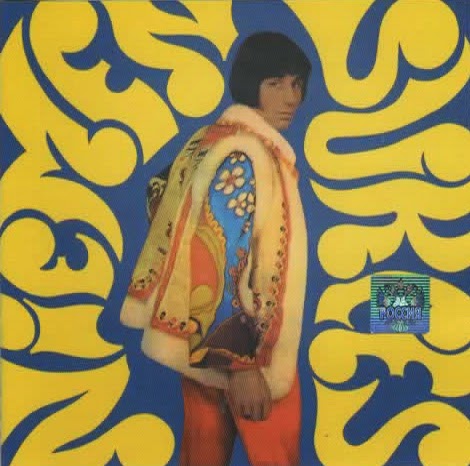 You are grabbing whole thingy here.

Not to make excuses, but I was in the middle of a longish post about this nothing-short-of-thrilling CD I discovered earlier today at a Polish media store in Greenpoint, Brooklyn  (Music Planet, 649 Manhattan Ave), when I hit a button or series of buttons that erased everything but the last two letters of the word "and."

I can't rewrite it. I just can't. I'm exhausted. I have too many things going on right now. But neither can I wait to share this sublime gem with you for another moment.

Did you see the cover of this album? That's not a bullshit irony retro cover, dear reader. Oh, no. It's the original 1968 cover of Czeslaw Niemen's second album, Sukces (Success). Does the music live up to it? Oh, yes. Niemen (born Czesław Juliusz Wydrzycki in 1939 in what is now Belarus ) was one of Poland's most important rock stars and his voice, the arrangements, everything sounds like some filthier--or perhaps merely moister--chain-smoking East European reprobate version of James Brown.

Czesław's surname is Niemen, not Nieman. It comes from a river in present-day Lithuania and Belarus. Anyways, this album is from his first era, strongly inspired by soul and rock'n'roll. Later he experimented with avant-garde electronica, progressive rock, jazz. He was truly the most extraordinary figure in history of Polish pop music. It's great to see him here :)

Ack, Wieczór; my apologies. I've gone in and made the fix. I am love, love, loving the man's music. Clearly, I need to do a bit more searching around for other work by him. Thanks so much for the added context!

Ok, I got home from work, and can write a bit more about Niemen. He started his career in Czerwono-Czarni rock'n'roll band (or as it was officially called then 'big beat' as rock'n'roll was too American and imperialistic) in the early sixties, then he had 4-year tenure in Beatles-esque band Niebiesko-Czarni (they recorded an LP for Decca with him), he re-recorded songs from that era on "Czy mnie jeszcze pamiętasz" LP with Akwarele. With this band he recorded his ultra-classic album "Dziwny jest ten świat", the title song is the most popular Polish protest song of all time (http://www.youtube.com/watch?v=hnHz6dNxsIo). This LP is also first gold certificated record in Poland. 1970 marks his first turn to more ambitious and challenging music with "Enigmatic" , 4 track LP containing his another classic piece "Bema pamięci żałobny rapsod" (http://www.youtube.com/watch?v=FFNxAfy6dbY). In next years he turned more and more towards progressive and improvised rock, he hired musicians from SBB (I think the best Polish progressive band) and formed band Grupa Niemen. With this lineup he recorded couple of records for German CBS, including "Strange Is This World" (containing English, more progressive version of "Dziwny jest ten świat"). His last record for CBS was "Rusische Lieder", that is as title says, Russian folk music. In 1976 he "discovered" Minimoog and started recording electronic music, the first album of that era being "katharsis" (title track: http://www.youtube.com/watch?v=dqn0JjYjh4w). In 1980s he recorded several album before he took a break from music until 2001's "spodchmurykapelusza", his final album. He died on January 17 2004 aged 65.

I moved to Greenpoint about 5 months ago. I was just in Music Planet. great shop.