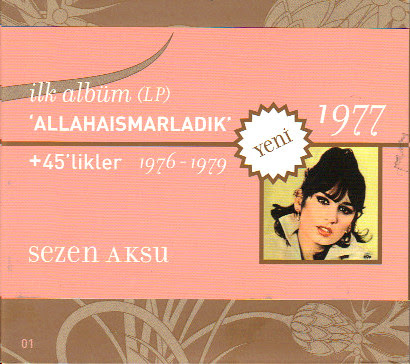 Listen to the title song.

I was never a big fan of Turkish superstar Sezen Aksu--not, at least, until I discovered this CD at Uludag Video in south Brooklyn. This particular CD is a reprint of her first album, Allahaismarladik ("Farewell") from 1977 along with a few bonus singles from 1976-79.

Enormously popular and influential, often referred to as the Queen of Turkish Pop, Aksu has sold more than 40 million albums worldwide. Listening to this powerful early work, it's not hard to understand how that happened.
Posted by Gary at Sunday, November 06, 2011

Thanks for the share. This will be my first exposure to Turkish pop