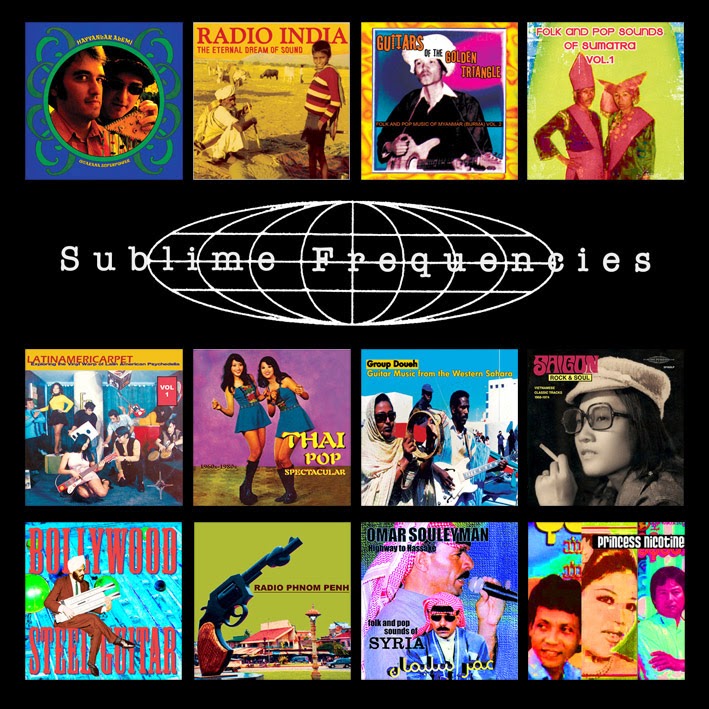 On March 26, Bodega Pop Live on WFMU's Give the Drummer Radio celebrated the label's first decade with a three-hour-long serving of sublime pop, folk and radio snippets from the 80+ game-changing titles they've put out to date.

Seattle's supremely influential label Sublime Frequencies released their first album in August 2003 and, over the course of the next 10-1/2 years, they changed the way we think about -- and listen to -- pop music from around the world.
Posted by Gary at Wednesday, March 26, 2014