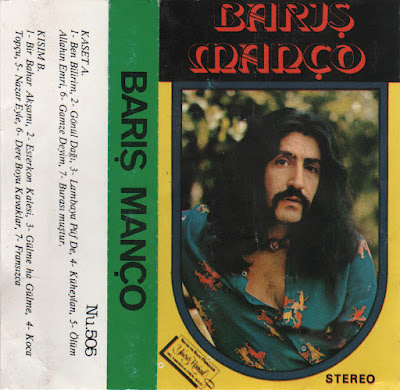 I found this compilation cassette, published by Yavuz Asöcal in 1990, in a dusty old record and audio parts store in the Kadıköy neighborhood of İstanbul -- a fitting place to pick up a keepsake by one of Turkey's most beloved rockers, given that my primary goal for the day was to visit his old house (now a museum) in the same neighborhood. 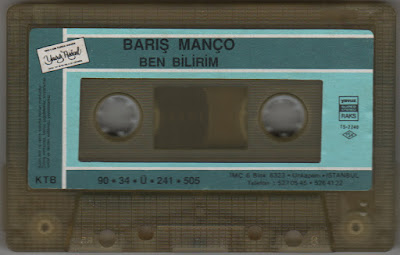 The cassette highlights Manço's 1970s and 80s psychedelic-tinged work, from the scorching Gönül Dağı, to twisted B-sides like Estergon Kalesi, to the disco-era curiosity Fransızca, which closes out Side 2. 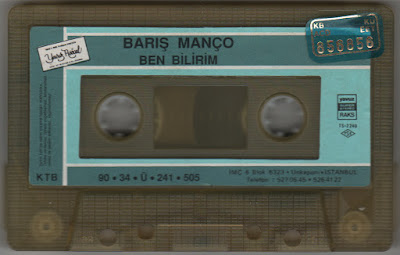 I inadvertently picked up a CD of this very same album, but upon listening, the cassette appears to have just slightly superior sonic quality. Which is not to say that it's ideal. The title track that leads off Side 1 is a bit rough-sounding.

But it's listenable. More importantly, it includes some of the greatest rock music ever captured on tape.