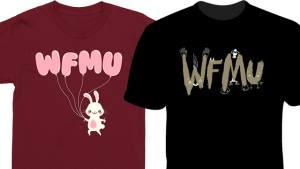 Pledge here to support WFMU during our silent fundraiser!

This month I’ll broadcast my 150th show on WFMU’s Give the Drummer Radio – 450 hours of action-packed tracks by artists you’ve rarely (if ever) heard anywhere else, much of it found in immigrant-run bodegas in New York, Montreal, Chicago, Paris, Dallas, Seattle, and beyond.

Tonight’s show is no different: 3 hours of sizzling tracks from Syria, Jordan, Egypt and Libya, focusing mostly on music produced over the last several years in Aleppo, Damascus, Amman, Cairo, and Benghazi.

If the shared cultural experience of mind-warping music radio curated by people with awe-inspiring collections and zero obligation to advertisers, corporations, or government agencies is something you care about, then show your love by pledging here, and ensure its continued existence on this planet – which, I hardly need to remind you, is your planet, too.