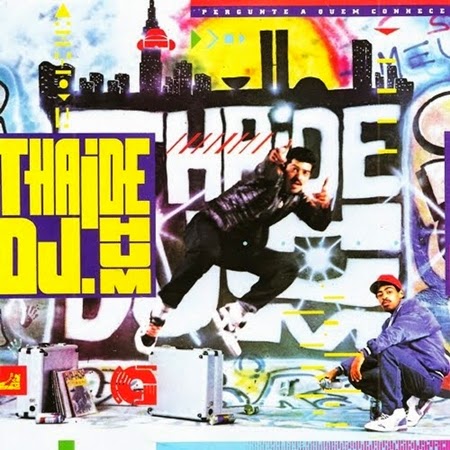 Brazilian hip hop emerged in the late 1980s out of Afro-Brazilian street-party culture and, despite being ignored or condemned by the mainstream entertainment media for most of its life, flexed its musical muscle to become the country’s most important and popular genre, giving voice to black and working class youth.


On Wednesday June 25, Bodega Pop Live on WFMU’s Give the Drummer Radio took a break from the bloated $11 billion World Cup to get our funk + hip hop on with dozens of thrill-packed trax from Black Alien, Código 13, Flora Matos, Pavilhão 9 and other notorious acts from the República Federativa.